Succession in Germany: the story of Osterdach

In 1986, Karin and Franz-Josef Oster founded the Osterdach roofing company in Bernkastel-Kues, Germany. Over the years, Osterdach developed from an initially pure roofing company into a broad-based carpentry and roofing company, which today operates under the name OsterNest Dach + Holzbau GmbH. After the death of their father, who was the managing director, the three children, Madeleine, Laurin, and Simeon, accompanied by their mother Karin, took over and now run the company together. The OsterNest Dach + Holzbau GmbH is a family business that is transferred to the second generation after the father’s death. Although they had already taken preparatory measures for succession when the father fell ill, the succession process presented challenges to mother Karin and the three children because of the short notice. Time is the most crucial factor, according to the mother. The more time one had to work together on the handover process – the better one could shape the succession process. The children knew the company from the beginning, worked with it during the holidays, and explored other businesses in similar branches. When their father fell ill, it was clear to them: either they would take over the company together as a team, or no one would. And so, they began to hold talks with the chamber of commerce and hire a tax consultant who prepared the company structurally for a takeover. Still, there were obstacles that the family had to overcome together. The company had to be restructured, shareholdings and tax issues had to be clarified, and real estate and properties had to be transferred – this cost time and money. One day after the father’s death, a long-time employee resigned; many employees were unsure how to proceed with the company. 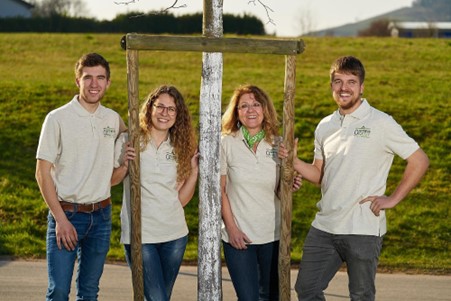 Therefore, the roofing company hired a coach who trained the new managers and prepared the employees for the new stage. “We were very lucky,” says Madeleine, and her mother consents “…because apart from the privately paid coach, unfortunately, we have had little support, which is unfortunate.” In addition to the technical issues such as taxes, financing, and administration, the joint concept development and emotional side of succession were particularly important. “You have to have a passion for the business, but a willingness to compromise and conflict resilience are also essential for a successful team takeover.” While the children grow into their business areas and fields of responsibility, mother Karin withdraws further – towards a well-deserved retirement.